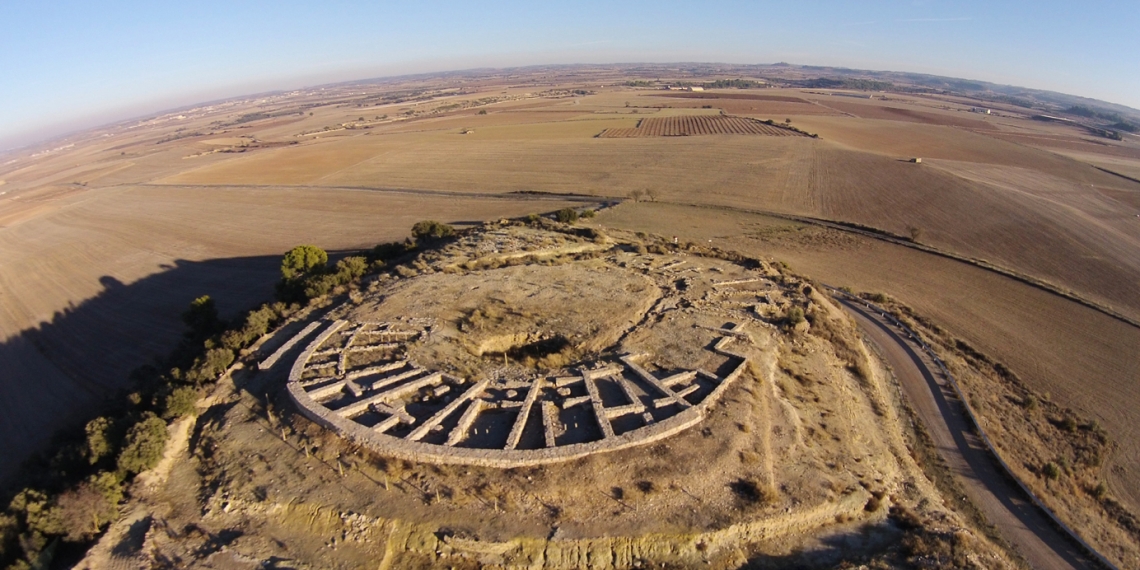 I’m sure that in some moment of your life you have wondered about your origins. You may have asked yourself things like who are my ancestors? Where do I come from? Who are the people that lived here before me?

The truth is, these are questions I’ve asked myself too. Because of that I’ve decided to investigate about the civilizations that lived where I do thousands of years ago.

In my case, my ancestors would be a civilization called “Ibers”, a group of different cultures that occupied the Iberian Peninsula between the end of the 7th-century b.C and the beginning of the 6th-century b.C.

As you may suspect, if I want to know more about the people that could have been my predecessors, I should look into each of this civilizations and see which one I could be related to.

The first culture I’ll be talking about is “Laietans”. The only information about this mysterious community that has persisted until today is its location (occupied the east-central part of Catalonia) and its tendency to build big settlements and fortified villages in hills and litoral mountain chains to make use of lower lands as agrarian soil.

Then, there are the “Lacetants”, a civilization that lived in the central part of Catalonia. They standed out because of their bravery and resistance against the Roman occupation.

The “Indigets” were located in the actual zone of Costa Brava, the north-east of Catalonia. In addition, their territory was nearby the greek cities of Emporion (Empúries) and Rhode (Roses), which contributed to its economic, cultural and technological growth. Their most important city was Indika, in its vicinity is where the Battle of Ebre (iberian natives against Romans) took place.

The “Ilergets” was one of the most distinctive societies of the Iberian Catalonia thanks to their control over a very large territory in the west. They had 2 capitals (Iltirta and Atanagrum) and their own currency. Also, “Ilergets” were very active in the Second Punic War and battles related to the Roman conquest, their princes were the ones who lead the riots against the Romans.

The “Ilercavons” was a culture that lived by the Ebre River. Their origin is an older civilization (the “Ilaraugats”) that divided in two different cultures (the “Ilercavons” and the “Ilergets”). They occupied the south of Catalonia and are considered one of the most dynamic Iberian cultures thanks to their situation near the Ebre.

Then, there was the “Cessetans”, who lived by the actual Costa Daurada. Their settlements were small and very close to each other, forming a net. Their territory was where some of the first confrontations between Romans and Carthaginians took place.

The “Ceretans” lived in the mountains, just in the middle of the Pyrenees and right in the frontier with France.

Finally, there were the “Ausetants”, a civilization that inhabited the Catalan region of Osona (known for their medieval villages and towns). They lived in fortified villages situated in strategic points to control the territory. In addition, the “Ausetans” outshined for their interventions in riots against Roma and for being one of the few Iberian and catalan cultures that coined denarius and bronze coins.

I bet now that you know a little bit of this incredible civilizations you are as curious about them as me. You are probably thinking if there’s some place you could go to discover more about the “Ibers” that populated Catalonia.

Well, what if I told you there’s a whole ruote dedicated to them? This tour I’m talking about it’s called “Ruta dels Ibers” and it go across Catalonia to visit the settlements left by all these cultures.

We run Day Tours IN and OUT of Barcelona. Not only we will take you to Barcelona’s main attractions like Sagrada Familia or Park Güell Gaudi Masterpieces, but also to unknown treasures all arround Catalunya, such as: Dali’s world, Penedes Cava wineyards, Spiritual Montserrat, Roman Tarragona, Espectacular Costa Brava or Medieval Girona