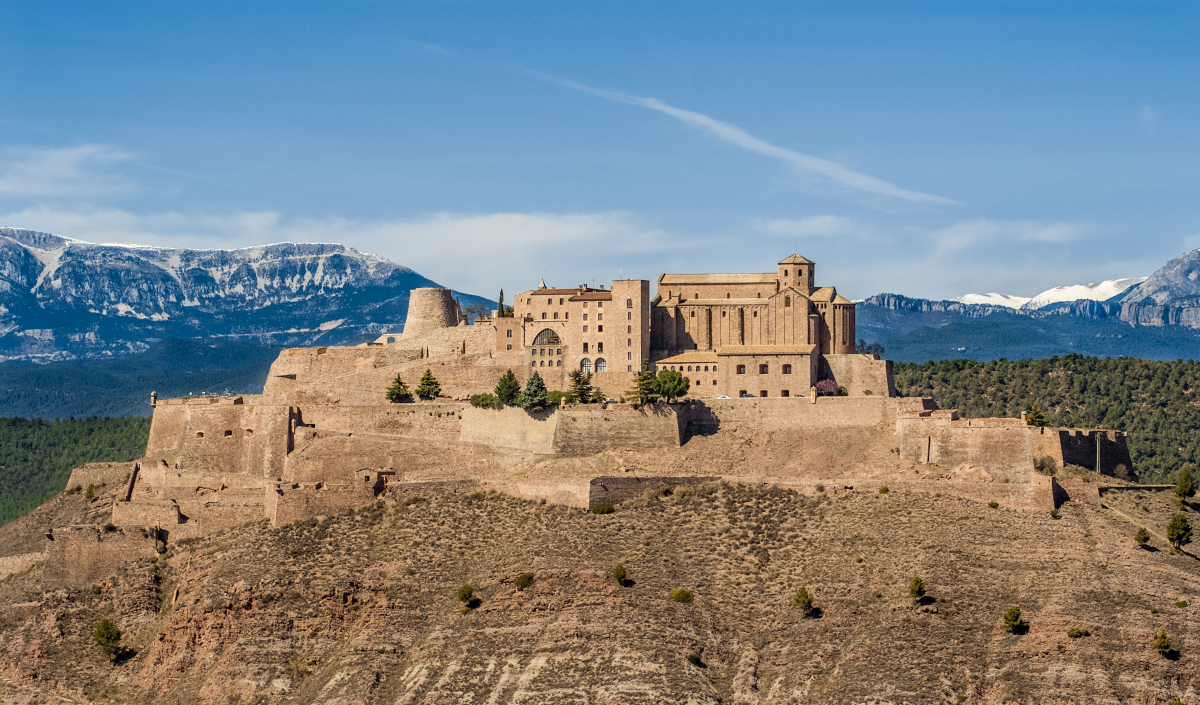 Would you like to discover a medieval castle? To unravel its most well-kept secrets and explore every single one of its marvelous rooms? If the answer to all of those questions is yes, then I know the perfect place for you!

This place is the one and only Cardona Castle. And when I say “one and only” I mean it, because this castle is for sure one of a kind. Now, you may be wondering why. What does it have to be so special? Why people goes specifically to Cardona to visit its castle?

Well, let’s start with its history! The Cardona Castle was built in 886 by the count “Guifré el Pilós” and was the official residence of the noble family of Cardona between the 11th and the 15th century. The nearby valleys were controlled from the castle, the Valley of the Salt being one of them.

The first period of the castle’s history was one of abundance and wealth thanks to the salt of the valley. Its power was such that the Cardona noble family was known as “the lords of the salt” and the Catholic monarchs named them as dukes.

Another well-known period for this castle was the War of the Spanish Succession, when the Crown of Aragon positioned themselves with the Austrian heir Philip V. The Cardona Castle is known to be the last resistance in this 13 years conflict before losing against the Bourbon heir side.

If the historical importance of this castle hasn’t convinced you to go pay a visit then I’ll tell you something that definitely will.

The castle has a legend. A love one. It is said that in the time where Spain was being conquered by Muslims and Cardona was just a little fortified village made out of sand and stone.

The parties at the castle were frequent and the duke decided to invite the Muslim prince Abdala to one of them. There, while he was walking through the gardens of the castle, he met with Adalés, the Cardona’s duke daughter. And it was there where they both fell in love and swore eternal love to each other.

As they knew their love was forbidden they kept meeting until one they were discovered. When the duke realized he got so mad that he decided to lock up her daughter in a tower, exiled Abdala and declared war against him.

After some time the duke decided to forgive his daughter, but when he got to the tower to let her out Adalés had already died of sadness, but had shown her faith engraving a cross onto a wooden door before dying.

The legend says that if you go to the castle at midnight you can see the ghost of prince Abdala riding outside the tower where Adalés was kept to save her and take her with him.

I’m sure this is enough convincing to have you craving for a visit to the Cardona Castle! It would definitely be a visit to remember, right? And who knows, you even may be able to meet some of its ghosts!

We run Day Tours IN and OUT of Barcelona. Not only we will take you to Barcelona’s main attractions like Sagrada Familia or Park Güell Gaudi Masterpieces, but also to unknown treasures all arround Catalunya, such as: Dali’s world, Penedes Cava wineyards, Spiritual Montserrat, Roman Tarragona, Espectacular Costa Brava or Medieval Girona